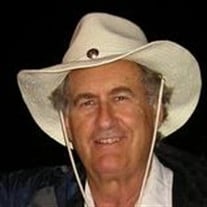 Robert V. Miller -“Bob”, 75, of Rural Renville, passed away on Friday, October 11, 2019 at his home surrounded by his family. Mass of Christian Burial will be held at 11 am on Thursday, October 17, 2019 from St. Catherine’s Catholic Church in Redwood Falls with burial to follow in the St. Catherine’s Cemetery. Visitation will be from 9 until 11 am Thursday, October 17, 2019 at the church. Arrangements are with Nelson-Hillestad Funeral and Cremation Service of Redwood Falls. E-mail condolences may be sent via www.nelson-hillestad.com. Robert was born on December 22, 1943 to Victor and Armella (Erhard) Miller in Flora Township, Renville County. Bob grew up by Renville and attended the Renville School and graduated from Central High School in Norwood. Bob worked on the family farm and also seasonal work for Green Giant Cannery and in the winter for Sears in Minneapolis. Bob married Mary Dennistoun on August 14, 1965 at Holy Redeemer Catholic Church in Renville. After they were married, they lived in Paxton Township, Redwood County to farm from 1965-1970. In 1970 together they moved to his home place in Flora Township to farm. In addition to farming, Bob raised livestock and drove semi for various farmers and owner operators. Bob and Mary were foster parents from 1979-1989 for Renville County. Following a kidney transplant in 1991, Bob retired from farming. Bob temporarily volunteered as a driver for Heartland Express in Renville County. Bob was a member of Holy Redeemer Catholic Church of Renville. He was a member of the Knights of Columbus and served as a past president of the Fraternal Order of Eagles. Bob loved his farm, farming, and watching wildlife on his trail camera. He was most at home with his family and deeply enjoyed playful time with his grandchildren and the fellowship of friends either at dinner or a good deer camp. He loved travel, RV camping, fishing, and music - often expressed in dance, song, and plinking on piano, guitar and fiddle. Bob is survived by his wife, Mary of 54 years, daughter, Janine Miller (Clayton Emilienburg) of Redwood Falls, son in law Jeremy Wertish of Renville and granddaughters Samantha Wertish and Ruby Emilienburg. Foster Children, Anna Clark (Sean) McKim of St. Louis Park, Faith Harris Ryan of Springfield, James Harris of Cheyenne, Montana. Siblings, Darlene Hayek of rural Danube, Marie Pulkrabek of Fargo, ND, Brother in laws, John Lewandowski of Norwood-Young America, Henry “Hank” Vorlicek of Silver Lake and many nieces and nephews. Bob is preceded in death by his parents Victor and Armella Miller, an infant daughter, and a daughter, Janelle Marie (Miller) Wertish. Foster Child, Todd Pfluger, Sisters, Dorothy (Miller) Lewandowski and Shirley (Miller) Vorlicek, a nephew, Mark Hayek and a niece Brenda (Lewandowski) Merriman. Blessed be his memory.

The family of Robert "Bob" V. Miller created this Life Tributes page to make it easy to share your memories.

Send flowers to the Miller family.