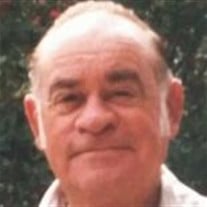 Robert “Bob” McGowan, 78, of Morton died Wednesday, July 13, 2016 at Season’s hospice in Redwood Falls. Memorial services will be held at 10:30 a.m. on Friday, August 5, 2016 from Nelson-Hillestad Funeral Home in Redwood Falls with inurnment to follow in Morton City Cemetery. Visitation will be held Friday, August 5, 2016, from 9:30 until 10:30 a.m. at the funeral home. Arrangements are with Nelson-Hillestad Funeral and Cremation Service of Redwood Falls. E-mail condolences may be sent via www.nelson-hillestad.com. Robert Leo McGowan, the son of Leo and Mary (Kolp) McGowan, was born February 5, 1938 in Morton. He grew up in Morton and received his formal education there. After graduation from Morton High School, Bob enlisted in the United States Navy on June 30, 1956. He served as a mechanic with the 122nd Attack Squadron, stationed at North Island, San Diego, California. Following his honorable discharge on June 20, 1960, Bob returned home and worked at the Morton Quarry. He later became employed as Bridge Foreman with the Minnesota Department of Transportation, a position he held until retirement. Bob married Janice Zaske in Bethany Lutheran Church, Renville County and they made their home in Morton. Bob was a member of the Morton Methodist Church. In his spare time Bob did a lot of hunting and fishing. He is survived by his wife Jan of Morton; children Kevin (Paula) McGowan of Sioux Falls, South Dakota, Russ McGowan of Pipestone, and Dana (Travis) Sheveland of Aurora, Colorado; grandchildren Ashley (Jose) Solis and Chase McGowan, Rachelle and Jesse McGowan, and Mason and Tycen Sheveland; great-grandchildren Abigail Solis and Korie McGowan; sister Carol (Tom) Costello of Plymouth, Iowa; brother Dennis McGowan of Franklin; and many nieces and nephews. Bob was preceded in death by his sister Doris McCorquodale. Blessed be his memory.

The family of Robert "Bob" McGowan created this Life Tributes page to make it easy to share your memories.