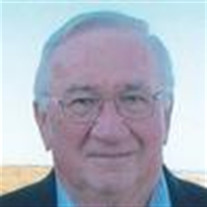 Richard “Rich” Root, 83, of Morgan died Monday, November 11, 2013 at the Minnesota Veterans Home in Luverne. Memorial services will be held at 1 p.m. on Saturday, November 16, 2013 from St. John Lutheran Church in Morgan. Inurnment will be held at a later date in Fort Snelling National Cemetery. Visitation will be held Friday, November 15, 2013, from 4 until 7 p.m., at Nelson-Martin Funeral Home in Morgan and will continue at the church on Saturday for one hour prior to services. Arrangements are with Nelson-Martin Funeral Service of Morgan. E-mail condolences may be sent via www.nelsonmartinfuneralservice.com. Richard C.W. Root, the son of Ervin C. and Clara Helen (Johnson) Root, was born October 28, 1930 in Morgan. He grew up in Morgan and received his formal education there, graduating from Morgan High School in 1948. Rich was inducted in the United States Marine Corp in November 1951. He served his country during the Korean Conflict and was awarded the Purple Heart, the Korean Service Medal, the United Nations Service Medal and the National Defense Service Medal. Rich was honorably discharged in November 1953 and returned home to Morgan. On November 14, 1953, Rich married Maxine C. Huschke at St. Michael’s Church in Morgan; they have resided in Morgan their entire married life. Rich was employed as the manager of Morgan Grain and Feed for 40 years, retiring in 1992. Following his retirement, Rich drove school bus for 12 years. He was a member of St. John Lutheran Church. Rich served on the Morgan Volunteer Fire Department and Ambulance Service for many years. He belonged to the D.A.V. and the Military Order of the Purple Heart. Rich was a member of Sherman-Bohn V.F.W. Post 5771 where he served as Quartermaster and served with the Honor Guard for several years. In his spare time Rich enjoyed traveling, camping, fishing, hunting and following the Minnesota Twins. He particularly enjoyed spending time with his grandchildren and his dog, Molly. He is survived by his wife Maxine of Morgan; daughters Robin (Craig) Maurer of Northfield, and Connie (Bill) Bohn of Redwood Falls; daughter-in-law Pam Root of Middletown, Delaware; six grandchildren; and three great-grandchildren. Rich was preceded in death by his parents, and his son Guy Root. Blessed be his memory.

The family of Richard C.W. Root created this Life Tributes page to make it easy to share your memories.

Send flowers to the Root family.