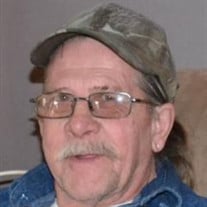 Richard ‘Dick’ R. Hansen, age 78, of Morton, passed away Friday, November 13, 2020, at his home. A Private Family Funeral Service will be held at the Nelson-Hillestad Funeral Home in Redwood Falls with burial to follow in Redwood Falls Cemetery in Redwood Falls, Minnesota.

Richard was born on October 6, 1942 to Ralph and Mary (Bailey) Hansen in Springfield, Minnesota. He graduated from Redwood Falls High School.

Richard joined the Navy after high school and served during the Cuban Missile Crisis from 1960-1963. Richard was a self-employed carpenter all of his adult life. He enjoyed fishing, hunting, playing card games, watching western movies and pranking his family.

Richard is preceded in death by his parents, Ralph and Mary Hansen, daughter, Jamie Hansen.

Blessed be his memory.
To order memorial trees or send flowers to the family in memory of Richard "Dick" R. Hansen, please visit our flower store.