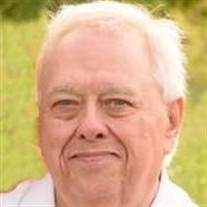 Philip “Scottie” Scott, age 76, of Redwood Falls, Minnesota, passed away on Sunday, January 5, 2020, at the Abbott Northwestern Hospital in Minneapolis, Minnesota. Private Family Services will be held at Nelson-Hillestad Funeral Home with burial at a later date. Arrangements are with Nelson-Hillestad Funeral and Cremation Services of Redwood Falls. E-mail condolences may be sent via www.nelson-hillestad.com. Philip “Scottie” Scott was born February 27, 1943, in Detroit, Michigan to Zeno and Wanda Gulaszewski. Scottie grew up helping is family run a butcher shop/convenience store before joining the Air Force. In 1968, Scottie met Ellen Goodthunder in Denver, Colorado, where they were married. Scottie served his country for 22 years including tours to Vietnam, he retired with full honors. After his first retirement, Scottie worked for the International Customs Service in Reno, Nevada. When his work with customs ended, Scottie and Ellen settled in Redwood Falls, Minnesota. Scottie loved fishing, watching Premier League Soccer and especially playing with his grandchildren and great grandchildren. He loved nothing more than making his little ones laugh and squeal with delight. He always worried about how everyone was doing and wanted happiness for all of his family. His true love, Ellen, was the light of his life and they were married 52 years. Scottie passed away on Sunday, January 5, 2020, at Abbott Northwestern Hospital from complications of the flu. Scottie is survived by his wife, Ellen, brother, Michael (Joan) Gulaszewski, and sister, Rosemarie Bochniak. Children- sons, Robert (Renee) Scott, Richard (Tara) Scott, daughter, Susan (Jason) Minkel. Grandchildren, Ashley (Dharin) George, McKenzie (Jon) Scott, Zoe Scott, Chloe (Jesse) Scott, Jorden, Colten, Presten and Sedona. Great Grandchildren, Giavonna, Karter and Theodore. Scottie is preceded in death by his parents, Zeno and Wanda and sister, Nancy. Blessed be his memory.

The family of Philip "Scottie" Scott created this Life Tributes page to make it easy to share your memories.

Send flowers to the Scott family.