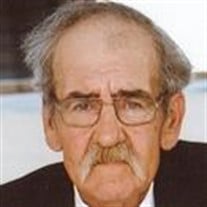 Mark Welter, 66, of Morgan died Monday, January 1, 2018 at his home. Memorial services will be held at 4 p.m. on Saturday, January 6, 2018 from Nelson-Hillestad Funeral Home in Morgan. To continue his celebration of life, following the service family and friends will gather for a meal at the Tavern social hall. Inurnment will be held at a later date in St. Michael’s Catholic Cemetery. Visitation will be held at the funeral home on Saturday, January 6, from 2 until 4 p.m. Arrangements are with Nelson-Hillestad Funeral and Cremation Service of Morgan. E-mail condolences may be sent via www.nelson-hillestad.com. Mark William Welter, the son of Aloys and Phyllis (Pohl) Welter, was born January 11, 1951 in Morgan. He grew up in Morgan and received his formal education at St. Michael’s Catholic School and Morgan Public School. Mark graduated from Morgan High School in 1969. On September 29, 1973, Mark married Janet Robinson and they made their home in Morgan. In 1989, they moved to the Welter farm where they have lived since. Mark was employed by Blomeke Construction as a heavy equipment operator until health complications forced him to retire in 2008, after 30 years on the job. He was a member of St. Michael’s Catholic Church where he was involved with the men’s sausage dinner for many years. In his spare time, Mark enjoyed baking, woodworking, mowing the lawn, and spending time with his family. Mark is survived by his wife Janet of Morgan; daughters Melissa (Justin) Abeln of Shakopee, and Jody (Mark) Trog of Belle Plaine; and son Erik (Theresia) Welter of Morgan; and grandchildren Cameron, Mackenzie, Dameon, Blake, Andrew, and Rylan. Also surviving are his siblings Art Welter of Thief River Falls, Joe (Jan) Welter of Maple Grove, Mary (Richard) Krueger of Hutchinson, Dennis (Vickie) Welter of Shakopee, Ron (Shirley) Welter of Cold Spring, Helen Reynolds of Hutchinson, Louise (Pat) Bestick of Hutchinson, John (Tammy) Welter of Springfield, Mike (friend Joyce) Welter of Hector, Dorothy Prahl of Richfield, and Sharon Welter of Shakopee; sister-in-law Virginia Welter of Morgan; and many nieces, nephews, great-nieces, and great-nephews. He was preceded in death by his parents; his brother Steven; and nephew Carl Robinson. Blessed be his memory.

Mark Welter, 66, of Morgan died Monday, January 1, 2018 at his home. Memorial services will be held at 4 p.m. on Saturday, January 6, 2018 from Nelson-Hillestad Funeral Home in Morgan. To continue his celebration of life, following the service... View Obituary & Service Information

The family of Mark William Welter created this Life Tributes page to make it easy to share your memories.

Send flowers to the Welter family.