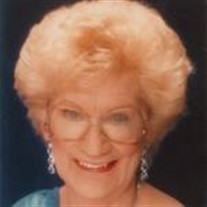 Marian Heiling, 93, of Redwood Falls died Tuesday, April 12, 2016 at Methodist Hospital in St. Louis Park. Memorial services will be held at 10:30 a.m. on Saturday, April 16, 2016 from St. Catherine’s Catholic Church in Redwood Falls with inurnment to follow in the church cemetery. Visitation will be held Friday, April 15, 2016, from 4 until 7 p.m., with a prayer service at 6 p.m., all at Nelson-Hillestad Funeral Home in Redwood Falls. Visitation will continue at the church on Saturday from 9:30 until 10:30 a.m. Arrangements are with Nelson-Hillestad Funeral and Cremation Service of Redwood Falls. E-mail condolences may be sent via www.nelson-hillestad.com. Marian Belle Heiling, the daughter of George and Elsie (Tradewell) Allan, was born February 6, 1923 in Redwood Falls. She grew up in rural Redwood Falls, receiving her formal education in country school and Redwood Falls High School. On March 1, 1960, Marian married Donald Heiling. They owned and operated the Echo Grain Company, Heiling and Allan Trucking Company, and the Charcoal Company. Later on Marian worked as the bookkeeper for Burris Oldsmobile and Cadillac and then the Livewire paper before beginning a new career as a travel agent. Marian was a member of St. Catherine’s Catholic Church and the CCW. She belonged to the VFW and American Legion auxiliaries. In her spare time, Marian volunteered at the Gilfillan house during Farmfest and at the Redwood County Museum. She called Bingo and worked in the library at Garnette Gardens and also called Bingo at Sunwood Care Center. Marian is survived by her daughters Pamela (LuVerne) Meyer of Gibbon, and Lori (John) Smith of Redwood Falls; grandchildren Niki Svingen and Jessica Meyer both of Gibbon, Scott Gleisner (fiancé Dana), Shawn Gleisner and Steven Gleisner all of Redwood Falls; and many nieces and nephews. She was preceded in death by her parents, George and Elsie Allan; husband Donald; brother and sister-in-law Bud and LaVerne Allan; and sister and brother-in-law Alice and Don Hunt. Blessed be her memory.

The family of Marian Heiling created this Life Tributes page to make it easy to share your memories.

Send flowers to the Heiling family.