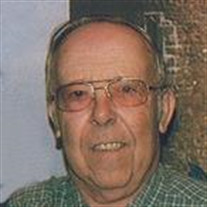 Loren “Shorty” Eisenbarth, 64, of Morgan died Saturday, February 9, 2013 at Rice Memorial Hospital in Willmar. Mass of Christian Burial will be held at 11 a.m. on Thursday, February 14, 2013 from St. Michael’s Catholic Church in Morgan. Burial, with military honors, will follow at the church cemetery. Visitation will be held Wednesday, from 5:30 until 7:30 p.m., at the Nelson-Martin Funeral Home in Morgan and will continue on Thursday, from 10 until 11 a.m., at the church. There will also be a Rosary at 10 a.m. on Thursday at the church. Arrangements are with Nelson-Martin Funeral Service of Morgan. E-mail condolences may be sent via www.nelsonmartinfuneralservice.com. Loren Patrick Eisenbarth, the son of Anton and Muriel (Gallery) Eisenbarth, was born March 17, 1948 in Redwood Falls. He grew up on the family farm near Morgan. Loren attended St. Michael’s School, then Morgan High School, graduating in 1967. After graduation, Loren entered the United States Air Force and served until 1971 in New Mexico and Hawaii. Following his honorable discharge, he returned home and farmed with his dad, and later his brother, until 1994. On May 12, 1973, Loren married Carole Goodyear in Redwood Falls. They moved to the family farm in 1979 and in 1995 they moved into Morgan. Loren worked at T&T Turkey Barns for 15 years, Artesyn Technologies until 2001, Cedar Mountain Bus Service and Jackpot Junction until 2012. Loren’s many interests included fishing, deer hunting, trains and model trains, traveling, and his grandkids. He was involved in the American Legion and honor guard, and St. Michael’s Church where he served as an usher. Loren was a member of the Knights of Columbus and Catholic United Financial. He served on the Morgan Township Board for nine years, was assistant Boy Scout leader when his son was a member, and belonged to the Redwood County Farmers Union. Loren is survived by his wife of 39 years, Carole of Morgan; daughter Jill (Adalberto) Martinez of Morgan and their son Adalberto, Jr.; son Nathan (Brie) Eisenbarth of Crystal and their son Caleb and daughter Bianca; sisters Kathy Zaske of Morgan, and Patricia (Gale) Friedrich of New Hope; brothers David and Michael, both of Morgan; and nephews and nieces. He was preceded in death by his parents and his nephew Brandon Eisenbarth. Blessed be his memory.

The family of Loren "Shorty" Patrick Eisenbarth created this Life Tributes page to make it easy to share your memories.

Send flowers to the Eisenbarth family.