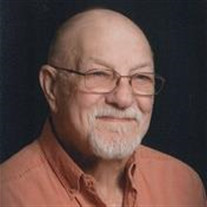 Lee Von “Lee” W. Dreier, 77, of Redwood Falls died Wednesday, April 11, 2012 at Methodist Hospital in St. Louis Park. Funeral services will be held at 10:30 a.m. on Tuesday, April 17, 2012 from St. John Evangelical Lutheran Church in Redwood Falls. Burial will be held at a later date in the Redwood Falls Cemetery. Visitation will be held on Monday, April 16, 2012, from 4 until 7 p.m., at the Nelson-Martin Funeral Home in Redwood Falls and will continue on Tuesday at the church for one hour prior to services. Arrangements are with Nelson-Martin Funeral Service of Redwood Falls. E-mail condolences may be sent via www.nelsonmartinfuneralservice.com. Lee Von Wayne Dreier, the son of Albert and Lena (Bruns) Dreier, was born April 15, 1934 in Gibbon. He was baptized on April 29, 1934 at the Maltke Township Evangelical Lutheran Church and confirmed on March 21, 1948 at Immanuel Lutheran Church in Gibbon. Lee grew up in Gibbon and received his education there. During high school, he worked with his father, painting and laying tile flooring. On June 11, 1955, Lee married Ruth Wandersee at St. Paul’s Lutheran Church in New Ulm. The couple settled in Gaylord, then moved to Mankato in 1958 where Lee was employed by Landkammers as a floor mechanic. In 1960, they relocated to Redwood Falls and Lee worked for Larson’s Home Furnishings until his retirement in 1996. He was a member of St. John Evangelical Lutheran Church in Redwood Falls. Lee was an active member of the Redwood Falls Fire Department for 25 years. He enjoyed traveling, riding motorcycle, and model railroading. Lee is survived by his wife, Ruth of Redwood Falls; his sons Randy of Gibbon, and Michael (fiancé Sue Thein) of Renville; his daughter Pamela Schweiss (fiancé Doug Jensen) of Franklin; grandchildren Heather, Dustin, and Danica Schweiss; and great-granddaughter Aaliyah Schweiss. Also surviving are his brothers Hiliary (Diane) Dreier of Fairfax, and DeLloyd (Leona) Dreier of Stewart; and a sister-in-law Joanne Dreier of Tulsa, Oklahoma. He was preceded in death by his parents; and a brother Erlin Dreier. Blessed be his memory.

The family of Lee Von "Lee" Wayne Dreier created this Life Tributes page to make it easy to share your memories.

Send flowers to the Dreier family.