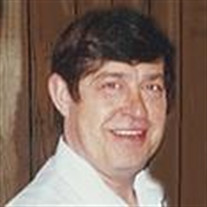 Larry Steffen, 62, of Rosemount and formerly of Morton died Wednesday, February 8, 2012 at Fairview Ridges Hospital in Burnsville. Funeral services will be held at 1 p.m. on Monday, February 13, 2012 at Zion Evangelical Lutheran Church in Morton. Private burial will be at a later date. Visitation will be held on Sunday, February 12, 2012, from 4 until 6 p.m., at Nelson-Martin Funeral Home in Redwood Falls and will continue at the church on Monday for one hour prior to services. Arrangements are with Nelson-Martin Funeral Service of Redwood Falls. E-mail condolences may be sent via www.nelsonmartinfuneralservice.com. Larry William Steffen, the son of Henry W. and Florence H. (Kropp) Steffen, was born October 26, 1949 in Redwood Falls. He was baptized and confirmed at Zion Lutheran Church in Morton. Larry grew up in Morton and attended Morton Public School through the ninth grade. He then enrolled at Bethany High School in Mankato and graduated with the class of 1967. Larry earned his degree in Engineering Drafting and Design from Northwest Technical School in February 1980. He recently returned to school, graduating from NTI on June 16, 2011 with a degree in Design Engineering. Larry worked for several different employers, including Northern Hydraulics and Rosemount Engineering. Larry married Katherine Marshall in November 1969 at Zion Lutheran Church in Morton. He married Janice Ballow in March 1981 in Minneapolis. Larry is survived by his sons William Steffen and Michael Steffen, both of Phoenix, Arizona; his daughter Michelle Steffen of Bowie, Texas; his grandchildren Andrew and Hannah Steffen of Phoenix, Arizona; his sister Faye VanderLouw of New Ulm; and brothers Orlo (Pat) Steffen of Mankato, John Steffen of Morton, and Richard (Diane) Steffen of Franklin. Also surviving are his niece and goddaughter Darcy Frober; nieces Tracy Steffen, Dana Jorgenson, Stacy Koster, and Jenny Steffen; his nephews Terry Steffen, Daniel VanderLouw, Larry VanderLouw, Jr., Brian Steffen, and Jason Steffen; nephew and godson Michael Steffen; aunts; uncles; cousins; and many, many friends. He was preceded in death by his father Henry W. Steffen on May 7, 1994; his mother Florence H. Steffen on February 8, 2010; and his grandparents Gustave and Esther Kropp of Morton, and Paul and Anna Steffen of Nunda, South Dakota. Blessed be his memory.

The family of Larry William Steffen created this Life Tributes page to make it easy to share your memories.

Larry Steffen, 62, of Rosemount and formerly of Morton died Wednesday,...

Send flowers to the Steffen family.