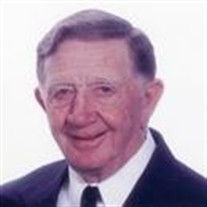 John “Jack” Ruff, 87, of Franklin died Sunday, January 22, 2012 at the Golden Living Center in Franklin. Mass of Christian Burial will be held at 11 a.m. on Thursday, January 26, 2012 from Sacred Heart Catholic Church in Franklin. Burial will follow in St. Patrick’s Birch Coulee Cemetery. Visitation will be held on Wednesday, January 25, 2012, from 4 until 8 p.m., with a Rosary at 4 p.m. and a Prayer Service at 7 p.m., all at Nelson-Martin Funeral Home in Redwood Falls. Visitation will continue on Thursday at the church for one hour prior to services. Arrangements are with Nelson-Martin Funeral Service of Redwood Falls. E-mail condolences may be sent via www.nelsonmartinfuneralservice.com. John Francis “Jack” Ruff was born on March 23, 1924, on the family farm in Birch Coulee Township, Renville County, Minnesota, to John and Ellen (Lorden) Ruff. He was baptized, served as an altar boy, and was confirmed at St. Patrick’s Catholic Church north of Franklin. He attended country school and graduated as salutatorian from Franklin High School at age 17. He graduated from the Mankato Business College and worked at a Redwood Falls bank before devoting himself to farming, the career he loved his entire life. On November 8, 1952, Jack married Eunice Reitter at St. Michael’s Catholic Church in Morgan, Minnesota. Jack and Eunice shared 59 years of marriage and were blessed with five children. Jack was an active member of Sacred Heart Catholic Church in Franklin, serving as a lector, usher, Parish Council president, Social Concerns Committee member, Cemetery Board member and trustee. He also belonged to the Knights of Columbus. Jack was a member of the Franklin Lions Club and enjoyed Catfish Days and small town life in Franklin. Jack loved farming, spending time with family and friends, telling stories, playing cards, music, dancing of any kind (ballroom dancing, square dancing, and the Irish jig on St. Patrick’s Day), reading the paper and farm magazines, watching the Twins and the Vikings, winning at Jackpot Junction, and traveling. He especially loved spending time with his two granddaughters. Two of the highlights of his life were visiting Ireland and attending Mass in Rome celebrated by the Pope. When Jack needed assistance with his daily care, he became a resident of the Golden Living Center in Franklin in November of 2008 where he received excellent and loving care. He passed away there on January 22 at the age of 87, having recently been anointed. Jack is survived by his wife Eunice of Franklin and children John Ruff of Wayzata, Mary Jo (Phil) Cole of Eden Prairie, Jeff Ruff of Franklin, Fr. Anthony (Bill) Ruff OSB of Collegeville, and Caroline (Jeff) Hickethier of Cornell, Wisconsin; grandchildren Catherine Cole and Jane Hickethier; sisters Loretta Ryan of Springfield and Agnes Jean Kickul of Mankato; and many nieces and nephews. He was preceded in death by his parents John and Nellie Ruff and sisters Eileen Anderson of Buffalo Lake and Mary Schroeder Pyfferoen of St. Paul. He lived his life in the same way he faced his death, with faith, kindness, humor, and humility. May he rest in peace.

The family of John "Jack" Francis Ruff created this Life Tributes page to make it easy to share your memories.

Send flowers to the Ruff family.