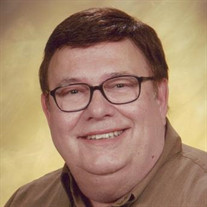 James Howard Wandersee, 67, died Friday, January 24, 2014, at his home in Baton Rouge, Louisiana with his family by his side. Funeral services were held in Baton Rouge on Monday. Locally, the committal service will be held at 2 p.m. on Saturday, February 1, 2014 from Zion Lutheran Church in Morgan with burial to follow at Zion Eden Lutheran Cemetery. Visitation will be held at the church on Saturday for one hour prior to the service. Local arrangements are with Nelson-Martin Funeral Service of Morgan. E-mail condolences may be sent via www.nelsonmartinfuneralservice.com. Jim, the son of Howard and Viola (Miller) Wandersee, was born on December 21, 1946, in New Ulm, where he grew up and began his education. At a young age, he was inspired by his teachers to become a teacher himself. Following his chosen career path, he earned a BS from Minnesota State University, Mankato in 1968. He also met his lifelong love and future wife there. On August 17, 1968, Jim married Carol Schroeder at Zion Lutheran Church in Morgan. The couple moved to Milwaukee, Wisconsin, where he began teaching high school science. While there, they had a son, Dan and a daughter, Chris. Jim continued his education at the University of Wisconsin-Milwaukee (MS, 1974) and Marquette University (PhD, 1978). After completing his doctorate, Jim and his young family moved to New Ulm where he taught science for 11 years at Martin Luther College. In 1989 he had the opportunity to relocate to Baton Rouge to be a professor of biology education focusing on plant science at Louisiana State University. He worked at LSU until 2012, when his health no longer allowed him to teach, and he retired. Jim's life was filled with his passion for teaching and learning; his work touched the lives of thousands of students over his 44 year career. He has received many honors and awards. Jim enjoyed traveling the world to seek out botanical gardens, including the northern-most garden above the Arctic Circle in Tromso, Norway, to as far south as Melbourne, Australia. His many trips, often with Carol by his side, were an inspiration to his work. Jim also loved to listen to music of all kinds, from favorite hymns to popular hits, and enjoyed following LSU's sports teams. Jim is survived by his wife, Carol of Baton Rouge; his son, Dan of Madison, Wisconsin; and his daughter, Chris (Bill) Lepkowski of St. Cloud. He was preceded in death by his parents.

James Howard Wandersee, 67, died Friday, January 24, 2014, at his home in Baton Rouge, Louisiana with his family by his side. Funeral services were held in Baton Rouge on Monday. Locally, the committal service will be held at 2 p.m. on Saturday,... View Obituary & Service Information

The family of James Howard Wandersee created this Life Tributes page to make it easy to share your memories.

Send flowers to the Wandersee family.