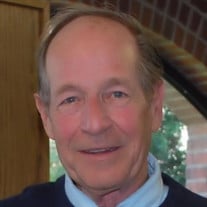 Francis Kaufenberg, age 69, of Redwood Falls died Sunday, September 23, 2018 at Seasons Hospice Home in Redwood Falls, following a 10 month battle with Glioblastoma. Memorial Mass will be held at 2:30 p.m. on Friday, September 28, 2018 from the St. Catherine’s Catholic Church in Redwood Falls with burial to follow in Our Lady of Victory Catholic Cemetery in Lucan. Visitation will be held on Friday, September 28, 2018 from 1:30 to 2:30 p.m. all at the church. After the Mass the Time of Remembrance Reception will continue from 4:30 p.m. until 7 p.m. at the Redwood Falls Golf Course Club House. Francis was born on July 25, 1949 in Marshall, MN to Leo and Florence (Baumann) Kaufenberg, he grew up on a farm near Lucan, MN and attended Lucan Public, Our Lady of Victory Catholic School and graduated from Wabasso Public School in 1967. Francis worked as a Drywall finisher for many years until he retired in 2007. Francis was raised in a family filled with a strong catholic faith and remained close to his rural Minnesota roots. He had 6 siblings who meant the world to him. He lost his father in 1982 but he carried his strength and spirit with him throughout his life. He had a close relationship with his mother, Florence Kaufenberg, and will now watch over her from above. Francis loved his 3 children, Amy, Jon and Paula. He taught them the value of a job well done and to always do journeyman work in every aspect of life, to be humble, appreciative and speak the good of others. They will never forget his kindness. His children were given the gift of time, not taken for granted with their Dad, especially this past year and learned just how precious life is. For that, they will forever be grateful. His traits and talents such as quick wit, humor, kindness and striving for perfection have been passed on and can be seen in his four grandchildren, Brennen, Dylan, Kendra, Dalton and his great grandchild, Blake. He was always very proud of his grandchildren. Fran enjoyed spending time with the best of many wonderful lifelong friends, especially his dog “Sadie” his devoted hunting companion. He also enjoyed playing softball in his younger years, golfing, fishing, hunting, playing cards, gardening and helping family and friends with projects. Fran battled terminal glioblastoma brain cancer for ten months and never once complained, always getting up with grace and great dignity after each blow the disease handed him and always appreciated life and his independence until the end. Special thanks to longtime friends, Doug Schablin, Jeff Christensen and Gene Fenske, who kept Fran's spirits high and battled right alongside of him from the beginning of his diagnosis all the way to the end. He was loved by many nieces and nephews and enjoyed receiving letters, pictures and artwork in the mail from his great nieces and nephews. Fran lived at Garnette Gardens Assisted Living for the last 3 months of his life, where he enjoyed visits from family and friends and having conversation with other tenants outside on the patio, soaking up the sunshine while watching the birds, deer and other wildlife pass by during the beautiful late summer and early fall seasons that he loved so much. Survivors include Mother: Florence Kaufenberg of Springfield, Children: Amy Boettger (Greg) of Springfield, Jon Kaufenberg of Redwood Falls, Paula Brown (Matthew Muske) of Springfield, Grandchildren: Brennen (Sarah) Boettger of Springfield, Dylan Boettger (Haley) of Spicer, Kendra Brown (Tony Hall) of Lino Lakes, Dalton Brown of Springfield, Siblings: Sister Ann Carol Kaufenberg, SSND of Mankato, Joe Kaufenberg of Burnsville, Susan Rost (Al) of Park Rapids, Mary Heffernan (Pat)Dresser WI, Paul Kaufenberg (Marilyn) Pequot Lakes, Lee Kaufenberg of Springfield SD, Great Grandchild: Blake Boettger, many beloved nieces and nephew. Francis was preceded in death by his father Leo Kaufenberg. Fran was fortunate enough to live a full life creating many memories that he could look back on to put a smile on his face and creating many memories for others to keep smiling here on earth.Thanks to the Redwood Area Hospice and Hospital, Seasons, Dr. Friese, St Johns Circle of Care, Carris Health Rice Care Therapy Suites, University of Minnesota Medical Center, Willmar Regional Cancer Center and staff at Garnette Gardens, for their help and support. Arrangements are with Nelson-Hillestad Funeral and Cremation Service of Redwood Falls. E-mail condolences may be sent via www.nelson-hillesad.com Blessed be his memory.

The family of Francis Kaufenberg created this Life Tributes page to make it easy to share your memories.

Send flowers to the Kaufenberg family.