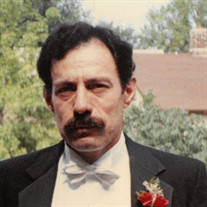 Edmond C. Radermacher, 79, of Granite Falls, formerly of Morton, died unexpectedly Tuesday, January 4, 2022 at Avera Medical in Granite Falls, MN. Funeral services will be held at 11:00 a.m. on Thursday, January 13, 2022 at Nelson-Hillestad Funeral Home in Redwood Falls with burial to follow in Beaver Falls Cemetery. Visitation will be held from 10:00 until 11:00 a.m. at Nelson-Hillestad Funeral Home in Redwood Falls. Arrangements are with Nelson-Hillestad Funeral and Cremation Service of Redwood Falls. Condolences may be sent via www.nelson-hillestad.com. Edmond “Ed” Clarence Radermacher, the son of Hubert and Alice (Nenow) Radermacher, was born November 3, 1942 in Madison, Minnesota, where he also attended high school. In the early 1960’s, Ed served one term with the National Guard in Madison. On October 4, 1969, Ed married Carol Lea Winters, together moving to Montevideo. In July, 1970 they welcomed their son Richard Radermacher and in August, 1971 their daughter Amy Radermacher. At that time, Ed worked for Roodey Thompson Salvage Yard in Milan. He later started a career with Art Ree Motor and then became employed at Bitner-n-Ward until 1984 when he decided to become self-employed, opening an auto mechanic shop. On February 12, 1993 he was remarried to Beverly Brockway, residing in Beaver Falls together, until her passing on May 9, 2017. Ed loved to jabber to people, it did not matter who you were, or if he knew you or not! He was a very intelligent man, who was very passionate about animals. Many would say that if he could bring an elephant home with him, he would. He is survived by his children, Richard Radermacher and Amy Radermacher both of Maynard; brother, Albert Radermacher of Montevideo and sister, Clara Radermacher of Montevideo; grandchildren, Ashley (Josh) Neu of Clara City, Jordan (Mathia Ehrenberg) Strommer of Maynard, and Kyler Strommer of Maynard; great-grandchildren, Adi Dambroten Neu, Cassaundra Strommer, Honor Neu, Brayden Strommer, Bella Neu, Paisley Strommer, and Tucker Strommer. He was preceded in death by his parents, Hubert and Alice Radermacher; his first wife, Carol Lea (Winters) Radermacher and his second wife, Beverly (Brockway) Radermacher. In his loving memory.

The family of Edmond C. Radermacher created this Life Tributes page to make it easy to share your memories.

Send flowers to the Radermacher family.