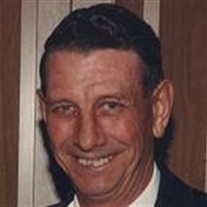 Denver “Denny” Zamzow, 74, of Morgan died Sunday, March 2, 2014 at his home. Funeral services will be held at 11 a.m. on Saturday, March 8, 2014 from Zion Evangelical Lutheran Church in Morgan with burial to follow in Zion Evangelical Lutheran Cemetery, rural Morgan. Visitation will be held Friday, March 7, 2014, from 4 until 7 p.m., and will continue on Saturday for one hour prior to services, all at Zion Evangelical Lutheran Church in Morgan. Arrangements are with Nelson-Martin Funeral Service of Morgan. E-mail condolences may be sent via www.nelsonmartinfuneralservice.com. Denver Charles Zamzow, the son of John and Gertrude (Wefers) Zamzow, was born on the family farm in Three Lakes Township, Redwood County on January 26, 1940. He was baptized on February 16, 1940 and later confirmed at Bethlehem Lutheran Church in Clements. As a youngster, Denny farmed alongside his mother and brothers. He received his formal education at District #107 and Redwood Falls Public schools. On December 1, 1962 Denny married Mary Ann H. Diedrick and they made their home in Morgan. Denny worked as a carpenter for F.W. Woolworth, Drusch cabinet shop, Heymann Construction, Hogenson Elevator Construction, Gilbert Jacobsen Construction, Dale Jacobsen Construction and Stimpert Enterprises. He later owned and operated Denny’s Handyman Service. He was a member of Zion Evangelical Lutheran Church in Morgan. As a self-employed carpenter and handyman for a good portion of his life, Denny helped many people and created and built innumerable items. Always imaginative and resourceful, he saved money for many of his clients by recycling and reusing, rather than buying new. He did this his entire life, even before recycling became a mainstream idea. Denny is survived by his wife Mary Ann of Morgan; daughters Colleen (Patrick) Wildt of Morgan and Keri (James) Longhenry of Volga, S.D.; son Chuck Zamzow of Lamberton; grandchildren Joshua and Shari Wildt, and Ashley and Jessica Longhenry; brother Oliver “Jim” (Joyce) Zamzow of Sleepy Eye; and sisters Fern Kitzmann of Edmond Oklahoma, and Shirley Smetak of Redwood Falls; and many nieces and nephews. He was preceded in death by his parents; brothers Delta “Sonny”, Lester, Marlin, and John; and sister Inez Schons. Blessed be his memory.

The family of Denver "Denny" Charles Zamzow created this Life Tributes page to make it easy to share your memories.

Send flowers to the Zamzow family.