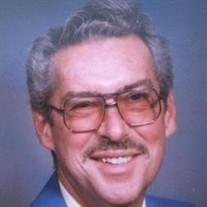 Dennis Wittwer, 76, of Joshua Tree, California died Wednesday, December 6, 2017 at Manorcare Gentiva House in Palm Desert, California. Funeral services will be held at 1 p.m. on Thursday, December 21, 2017 from Nelson-Hillestad Funeral Home in Redwood Falls with burial to follow in the Redwood Falls Cemetery. Visitation will be held at the funeral home on Thursday, December 21, 2017, from noon until 1 p.m. Arrangements are with Nelson-Hillestad Funeral and Cremation Service of Redwood Falls. E-mail condolences may be sent via www.nelson-hillestad.com. Dennis Arthur Wittwer, the son of Lewis and Augusta (Kopischke) Wittwer, was born March 12, 1941 in Eagle Bend, Minnesota. The family moved to a farm near Starbuck where Dennis worked with the dairy cows, giving them names and keeping precise records on each one. He graduated Cyrus High School in 1959. Encouraged by his mom, Dennis attended Bemidji State University where he majored in chemistry and minored in physics and mathematics. He earned his Bachelor of Science degree in 1963. Always wanting to go to California, Dennis moved to Joshua Tree and taught science at Yucca Valley Junior High School. During the summers of 1965-1968, he attended Purdue University under a National Science Foundation grant to receive his masters degree in chemistry. Dennis then taught physics, chemistry and advanced chemistry at Yucca Valley High School. He retired in 1993, but in 1995, he was offered a teaching job at Copper Mountain Community College where he taught until 1998. Dennis took care of his mom in his home until her death in 2000. He worked part-time at an office supply company, employed by a former student. Dennis enjoyed tending his roses and yard, camping, hiking, rock climbing, catching snakes, riding motorcycle, weather tracking and – most of all – square dancing. He enjoyed coming to Minnesota, during the summer, to visit family and go fishing, camping and four-wheeling. He is survived by his brothers Melvin (Luverne) Wittwer of California, and Warren (Mercein) Wittwer of Bemidji; sisters-in-law Violet Wittwer of Cheney, Washington,and Emily Wittwer of Chaplin; and numerous nieces, nephews, cousins and friends. Dennis was preceded in death by his parents; brothers Alton Wittwer and Aubrey Wittwer; infant sister Donna Wittwer; and sister-in-law Darlene Wittwer. Blessed be his memory.

The family of Dennis Wittwer created this Life Tributes page to make it easy to share your memories.

Send flowers to the Wittwer family.