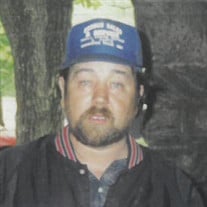 Bryant A. Willhite, age 67, of North Redwood, passed away unexpectedly at his home on January 18, 2021. Funeral Services will be held at 1 pm on Tuesday, January 26, 2021 from the Nelson-Hillestad Funeral Home in Redwood Falls with burial at a later date in the St. Aloysius Catholic Cemetery in Olivia. Visitation will be held on from 12 pm until 1 pm Tuesday, January 26, 2021, at Nelson-Hillestad Funeral Home in Redwood Falls. Arrangements are with Nelson-Hillestad Funeral Service of Redwood Falls. E-mail condolences may be sent via www.nelson-hillestad.com. Bryant Arthur Willhite was born to Hugo and Dorothy (Herdina) Willhite on July 21, 1953 in Olivia, Minnesota. He lived on the farm with his family until 1971. Bryant attended Olivia Schools and graduated from the Redwood Falls High School in 1973. He moved to North Redwood in 1988 and lived there until his passing. Bryant loved to tinker on cars, going for drives with special friend Delores Scheer and their dogs; Peanut, Missy, Bella and Gizmo. He enjoyed fishing and hunting. He was known to collect many tools. He like to spend time with his friends Ernie and Leo. He enjoyed John Wayne movies and loved oldies music; Elvis Presley was one of his favorites. He liked to stay busy. He loved tearing things apart, fixing and scrapping. He was well known for long talks (talk your ear off) and was very stuck in his ways. We all loved his stubborn, unique, individual self. Bryant was self-employed and worked for the County, Artysen, and Wal-Mart over the years. He retired in 2008. Bryant is survived by his siblings-Dwayne (Pat) Willhite of Florida, Miles (Darlene) Willhite of Hutchinson, Mrs. Joyce Carpenter of Milford, Iowa, Barb (Dean) Scheer of North Redwood, Ronald (special friend Mary) Willhite of Silver Lake, Kathy (Dave) Koglin of Darwin, Minnesota, Brenda (Randall) Norcutt of Hutchinson. Nieces and Nephews- Charles (Fiancé Cheryl Hutchings) Scheer, Gene Scheer, DeAnn Scheer (Fiancé Dan Smith), Misty Gens, and Darrell (Michelle) Gens, Jr. Bryant was preceded in death by his parents, Hugo and Dorothy Willhite; brothers, Charles Willhite and Michael Willhite; and sister, Marilyn Wellnitz. Blessed be his memory.

Bryant A. Willhite, age 67, of North Redwood, passed away unexpectedly at his home on January 18, 2021. Funeral Services will be held at 1 pm on Tuesday, January 26, 2021 from the Nelson-Hillestad Funeral Home in Redwood Falls with burial at... View Obituary & Service Information

The family of Bryant A. Willhite created this Life Tributes page to make it easy to share your memories.

Bryant A. Willhite, age 67, of North Redwood, passed away unexpectedly...

Send flowers to the Willhite family.