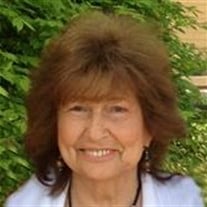 Arlene Kerkhoff, 89, of Morgan died, surrounded by her family, on Monday, August 18, 2014 at her lake home near Lake Lillian. Mass of Christian Burial will be held at 10:30 a.m. on Friday, August 22, 2014 from St. Michael’s Catholic Church in Morgan with burial to follow in the church cemetery. Visitation will be held on Thursday, August 21, 2014, from 5 until 8 p.m., at Nelson-Martin Funeral Home in Redwood Falls and will continue on Friday at the church for one hour prior to services. Arrangements are with Nelson-Martin Funeral Service of Morgan. E-mail condolences may be sent via www.nelsonmartinfuneralservice.com. Arlene Delores Kerkhoff, the daughter of Ira G. and Lena (Zimmerman) Zieske, was born February 14, 1925 in New Avon Township, Redwood County, Minnesota. She was baptized on February 12, 1933 at the Fred Hauptli home. Arlene grew up in Wabasso and graduated from Redwood Falls High School in 1942. In June 1952 she married Dewey Balfany in Wabasso. He preceded her in death on December 12, 1957. On November 28, 1958, Arlene married Glenn Kerkhoff at St. Michael’s Catholic Parish House and they made their home on a farm near Morgan. Arlene was a member of St. Michael’s Catholic Church in Morgan and St. Anne’s Council of Catholic Women. She was employed by Control Data in Redwood Falls until retiring in 1976. Arlene enjoyed spending time at the lake, fishing and taking pontoon rides. She enjoyed camping and vacationing, playing cards and marbles, gardening, dancing to old time music, and shopping. Arlene loved spending time with her children, grandchildren and great-grandchildren. She is survived by her husband, Glenn of Morgan; children Jacquelyn Simmons of Minneapolis, Thomas Zieske and special friend Cindy Burns of Placerville, California, Tami (Bruce) Carlson of Lakeville, Jill Kerkhoff of Morgan, Joel (Brenda) Kerkhoff of Morgan, Tim (Theresa) Kerkhoff of Morton, Terry (Kristi) Kerkhoff of Morgan, and Candace Pellinen of Elko; 18 grandchildren; and 12 great-grandchildren. Arlene was preceded in death by her son-in-law Randall “Pete” Simmons; brothers Garnet (Ing) Zieske and Calvin (Rose) Zieske; and sisters Marcella “Mike” (Russell) Berg, and Nita (Floyd “Chief”) Jensen. Blessed be her memory.

The family of Arlene Delores Kerkhoff created this Life Tributes page to make it easy to share your memories.

Arlene Kerkhoff, 89, of Morgan died, surrounded by her family,...

Send flowers to the Kerkhoff family.